If you came here from the hash links section, click here to go back. If not, read on.

This is the second version of itch.io's HTML basement! I posted the first version in June 2021 and since then learnt some more and fixed some mistakes (and replaced them with exciting new ones maybe). None of it's earth-shattering, but some of it might be useful.

If you don't know much about HTML then check out the basics first. You don't need to know much to start using it here and there on itch to enhance your pages.

A lotta this page is made of a bunch of lists of HTML elements that look like this:

You might also wanna check out the MDN's overall guide to HTML.

I reckon these elements are the ones you're most likely gonna find uses for.

You could use this for:

Here's what this looks like in practice (with some custom styling from me):

You could use this for:

These might be handy if you're doing more complex devlogs or documentation. By default, these all display in a fixed-width/mono-spaced font, except for <var>, which displays in italics.

Used for referring to keyboard buttons, like Alt + F4.

Used for samples of output, like error messages or command-line outputs.

These add semantic info, and often add some kinda default style too (by “default” I mean “in all the major browsers”).

This marks an in-line quotation (not regular speech/dialogue). By default, it adds left- and right-quotes, like this: what the shit?.

This shows relevance (e.g. highlighting the relevant part of a quote). By default, it highlights the text with a yellow background, like this.

This is for abbreviations, including acronyms and initialisms. It doesn't add any default styling.

This is for marking the names of creative works (fiction, e.g. your or others' projects on itch, and non-fiction, e.g. reviews). By default, it puts text in italics, like this: itch.io's HTML basement v2.0.

This is for anything that's written in a different voice or idiom. By default, it puts text in italics, like this.

This indicates a date/time. It doesn't add any default styling.

This indicates content set apart from the main text, optionally with a caption.

This is for separating parts of a single text that have different themes (but which don't/shouldn't have headings of their own). By default it displays a horizontal rule (a line across the text column), like this:

Here's the same element, customised with a clearer colour:

This makes annotation text display on top of the text it's annotating, like this: , equivalent to “WWW (World Wide Web)”.

This is for small print or other minor side-comments. By default it shrinks text by one size like this.

…at least, that's what the MDN calls it.

This is for making text distinct from, and easier to find than, the surrounding text. By default it bolds text like this.

This is for annotation that's not articulated through text (e.g. wavy lines for spellchecking). By default it adds a straight underline like this.

These things can be done better with CSS, but if you don't have control over your CSS then you could use these.

There's one more extra element that works in itch's HTML editor, and it's a bit of a weird one. The line-break opportunity/word-break works like the regular line-break element, <br>, which adds a line-break wherever you put it
like
this
but <wbr> only gets treated as a line-break if your browser would break to the next line there anyway. Check the MDN entry for a better explanation with examples.

This is super-niche, but I can't think of any way off the top of my head to reliably do this thing exactly how this element does it without editing font files. If you don't mind hyphenation, then just use the hyphens CSS property instead (more info).

On this page, I used it in the middle of some long bits of inline code (e.g. the ones in the ruby annotation entry).

This is getting really niche, cause most itch pages, devlogs etc. aren't long enough to ever need this, but…

There are two ways to do this, one for linking to parts of itch's broader page structure (e.g. your page's header/banner or the “purchases” section if there is one) and another for linking to things inside your part of the page (the text of your blurb/devlog/whatever).

Linking to standard parts of the page

If you want to link to part of itch's page structure, then you can use a hash link, but on itch you gotta include the full URL. For instance:

This link sends you to the blurb's header.

This doesn't seem to work if the element you're targeting has some kinda ID number in the id attribute (e.g. the comments section, which has id="game_comments_react_widget_#####_Game-Comments_#####").

Linking to your parts of the page

If you wanna link to something inside your part of the page, try this (outdated) way:

Here's a link to the heading above.

You put an empty <a> element wherever you wanna link to and give it a name attribute with whatever you want the hash text to be. From there it works like regular hash links do on itch. This is how I made the table of contents work on this page.

I can't find where I first read this—I think it was in an itch forum post by leaf, maybe linked on a documentation page.

I'm not sure it's possible to adjust the scroll behaviour on here (e.g. with the scroll-behavior: smooth; CSS property).

These are more-technical things that mostly don't matter unless you get CSS editing powers for your pages.

You can already access a bunch of safe elements using the WYSIWYG editor, and these still work in the HTML editor:

A bunch of tags get scrubbed when you use them in your itch page:

I didn't check any deprecated elements.

Custom CSS for this page

Here's the custom CSS I wrote for this page, before I minified it.

Note: the selectors are specific for 1) this page and 2) itch's recommendations and requirements for custom CSS.

This is a super nice set of functions that’s not obvious from itch’s own documentation.

Reply
Speak the Sky266 days ago

Thank you so much! I finally got my itch page exactly how I wanted to be thanks to your guide. My respects man.

Glad to hear it!

This is really great, thank you

Reply
Speak the Sky1 year ago

Great idea, thanks for putting this together. 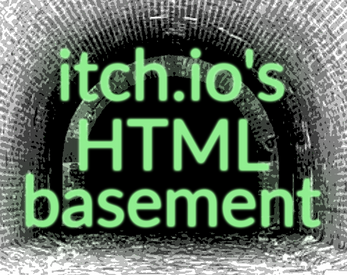